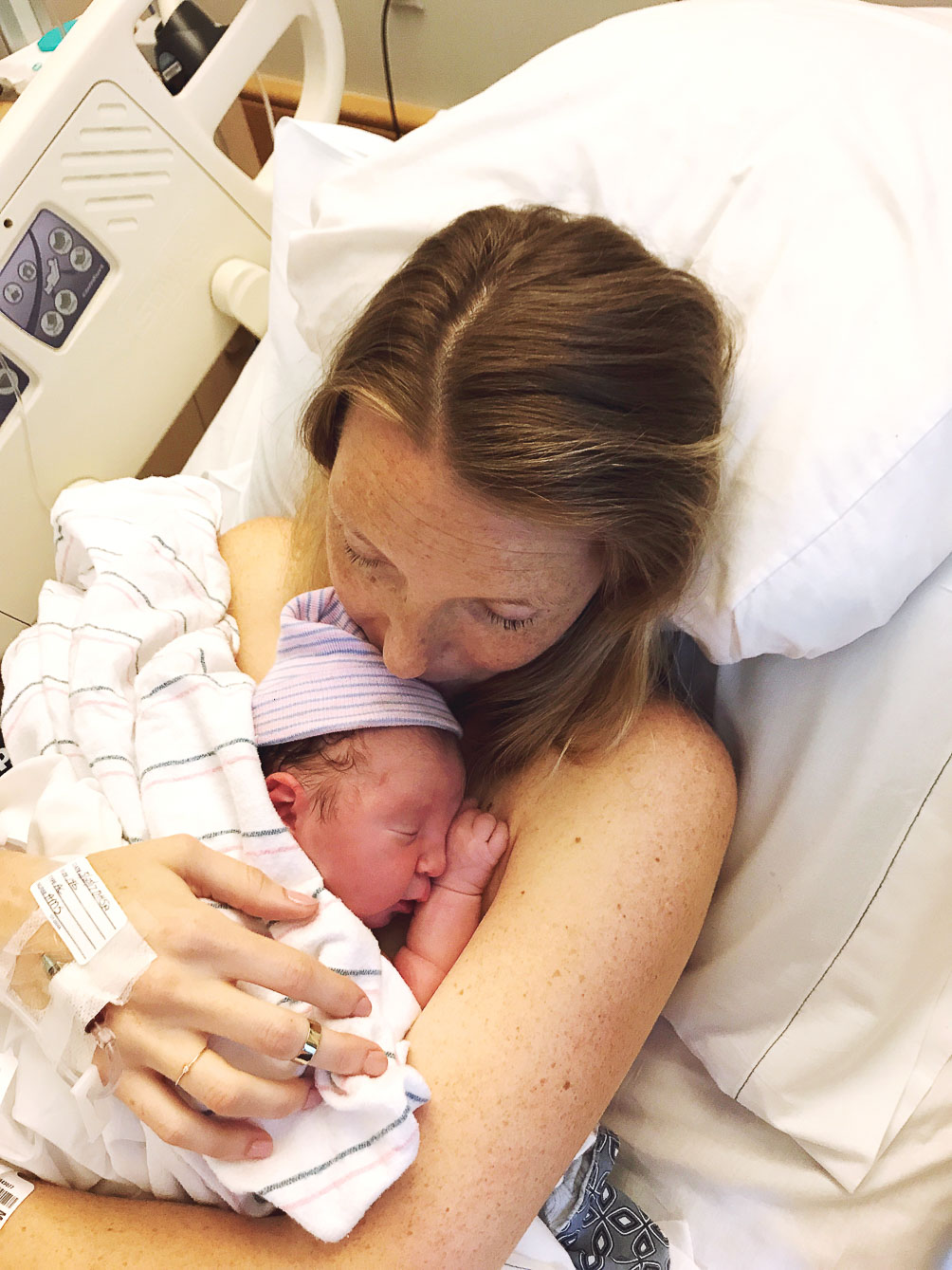 Over the years i’ve shared many significant milestones here (our wedding, buying a condo, moving to a new house). But none can compare to this one. Entering motherhood is a messy whirlwind of physical, mental, and emotional proportions. But I already feel honored + privileged to be this sweet boy’s mom. So today I thought I’d share Colton’s birth story in all its chaotic beauty.

On Wednesday (May 24th) I was having lots of Braxton-Hicks contractions. They were more consistent than I’d felt at any other time in the pregnancy but still nothing that fit a timeable pattern. So I worked out that morning, went about a normal daytime routine, and kicked off the evening with a two mile walk. Five days from his due date I was wanting to do anything to speed the process along. That night I was still having some sporadic ‘false labor’ contractions but found myself able to fall asleep around midnight when they subsided.

Now, I’d repeatedly asked my doctor over the last nine months, “How will I know when I’m in real labor? Will the contractions start far apart and then get progressively closer?” The answer was basically the same as for any other labor-related question I’d ever asked: “Each person is different and their labor is unique.” I get where they’re coming from with that response, but it never felt helpful or comforting to hear! I wanted something concrete to envision.

Well, at 2:40am on Thursday I got my BAM of an answer in the form of one major contraction (I literally jumped out of bed). But per the doctor’s orders, I used the bathroom, got a drink of water, and started walking around the house to see if it’d pass. Three minutes later, though, and I was in the midst of another painful wave. I let four of these close contractions go by before waking E. And when I did wake him, I didn’t want to seem to eager or confident that this was real labor. After all, I’d heard your first baby will almost definitely be late. So I just asked that he, “be awake with me because I’m having a few painful contractions.”

Fast forward forty-five minutes and the contractions were still three minutes apart exactly. They were also gaining in intensity so I was employing all my birthing class lessons for breathing, standing, leaning, or bouncing to get comfortable. Our plan was to wait one to two hours before calling the doctor and heading to the hospital. The last thing I wanted to do was show up there and have them send me home for not being close to ready. But at that point I used the bathroom and saw blood. So we called immediately and were instructed to come in for an exam. While I pulled together a few last things for my hospital bag, E took care of chores like the kitty litter + trash (#priorities). We both swiped protein shakes and hopped in the car at 3:45am.

As the hospital is located in the heart of Boston, I could not have been more grateful for our early morning timing. There were hardly any cars on the road which made the most uncomfortable car ride of my life not last quite as long. On the drive I mostly kept my eyes closed, hugged a pillow during contractions, and blared a bit of worship music to set an uplifting mood. Once we arrived, the walk from the parking garage to the delivery floor felt roughly as long as the car ride. Every few steps I was stopping for a contraction (and getting sad, sympathetic looks from strangers). But I was determined to make it without a wheelchair and hopefully be more dilated by the end. 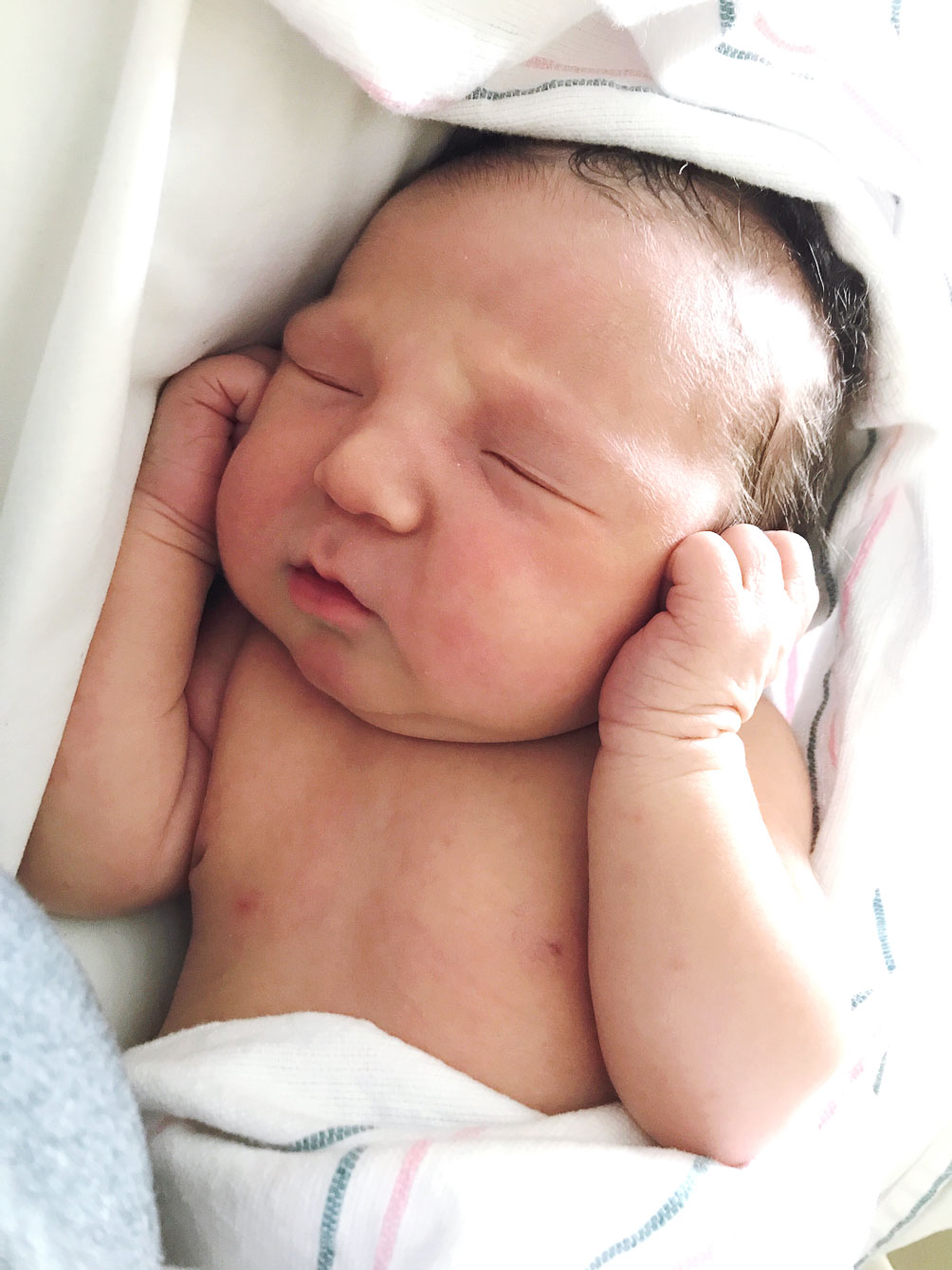 Now, I want to set the stage for what we expected of this whole labor + delivery process. We’d read the books, attended the class, and had a general sense of what was coming. When we arrived at the hospital we’d spend 1-2 hours in triage getting assessed. Assuming labor was progressing at that point, I’d then be admitted to the delivery floor. From there it would be anywhere in the ballpark of 10-18 hours until we met our little guy (ending in 1-3 hours of actual pushing). Like I said, those were our expectations but reality played out very differently.

We were taken into triage at 4:30am. There they measured my vitals, listened to baby’s heartbeat, and told me I was already 6cm dilated. A total of fifteen minutes later and I was settled into a labor bed being examined once more. At that point I’d progressed like wildfire to 8cm dilated. Contractions were close to world-shattering and I couldn’t wait to have an epidural. However, because my body was moving so quickly, they weren’t even sure it would have time to kick in. So the anesthesiologist hurried in to work his magic. Unfortunately, E couldn’t be in the room with me at that point (hospital policy), so I nearly crushed the nurse’s hand with vigorous squeezing as I needed to keep my entire body still. E used that time to call up family and let them know the status. We’d given them all the initial call at 4:00am but, similar to us, everyone expected at least 10-12 hours before any big news. So it was time to let them know this was for real and happening pronto.

When E returned to the room he knelt right down beside the bed and championed a whole breathing and concentration routine for me. I closed my eyes, grabbed his hand, and fully zoned in on his voice. It was the strangest feeling of total laser focus despite crazy pain and strange surroundings. But, just moments later, we entered commotion. As a result of the epidural my blood pressure dropped; subsequently, baby boy’s heart rate plummeted and they couldn’t find it with the monitor. E told me later that about thirteen doctors, nurses, and attendants flooded the room at once. I was oblivious to that as they rolled me from my left side to my right side then up on all fours to down on my back. My eyes stayed glued shut as I knew the only thing I could do was focus and breathe–let the doctors be doctors.

It took about ten minutes for the situation to stabilize. They started by giving me a shot to slow down labor. I’d already dilated to 9.5cm and baby boy couldn’t recover between contractions (unfortunately, I was still feeling most everything since the epidural hadn’t had time to take effect). Next they inserted a monitor that attached to baby’s head for an accurate reading. By that point they were able to recover my blood pressure while ensuring a safe heart rate for him. When the room emptied, our nurse gave us a few minutes to ourselves but said I’d be ready to push whenever. My mom had just arrived at the hospital so I waited to say hello to her, get a last moment of encouragement, and then call it go time. It was a sweet opportunity to regain my composure, joke around with E to lighten our mood, and feel strengthened to get baby boy into the world.

When the nurse returned, she gave a quick little guide on how we were going to push and then said, “Okay, we’ll start on the next one.” Now, all along I had told E he could just stay up by my head. I didn’t want him getting grossed out by seeing all the ‘southern region nastiness.’ After all, I’m sure those sights are hard to forget. But, in the moment, it changed. Only he, the nurse, and I were in the room. Both of them grabbed my legs and cheered me on as I pushed. E was my absolute rock and guided me through all of the six contractions it took to get Colton out. With each one he’d update me on progress, encourage me to keep going longer than I ever thought possible, and tell me how close we were to meeting our son. After the fifth contraction, our nurse called in the doctor. Within thirty seconds the doctor had a gown on, goggles donned, and gloves at the ready. One more round of pushing and she recieved our nugget at 7:34am on May 25.

I felt a wave of relief and monsoon of emotion. The doctor immediately scooped him onto my chest where he cried once then settled into the familiar sound of my heartbeat. I wept with so much joy and disbelief at his squishy face. E told me later that I kept repeating, over and over, “It’s my baby! It’s my baby!” There’s just no comparable feeling to seeing the face of someone you know so well and yet not at all. E took charge of cutting the umbilical cord before we snuggled as a family of three for the very first time.

As much as I’ve spoken to the fact that I didn’t enjoy pregnancy, the process of laboring to deliver Colton Musser was perhaps the greatest and most rewarding experience of my life. In that moment a tremendous adventure began. 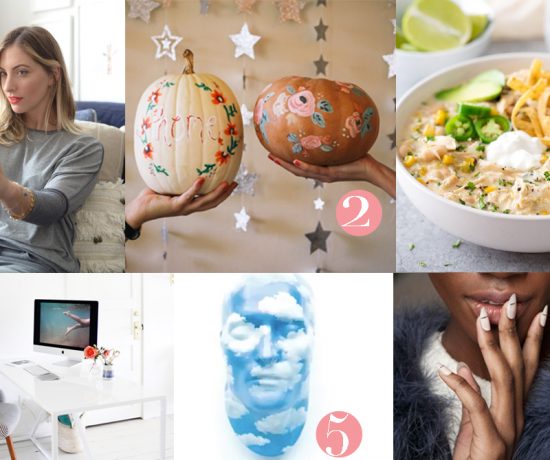 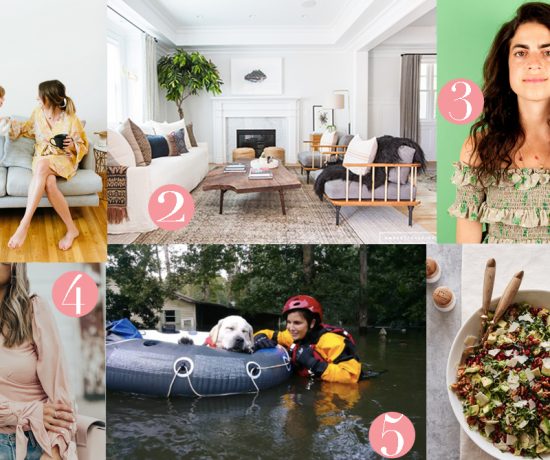