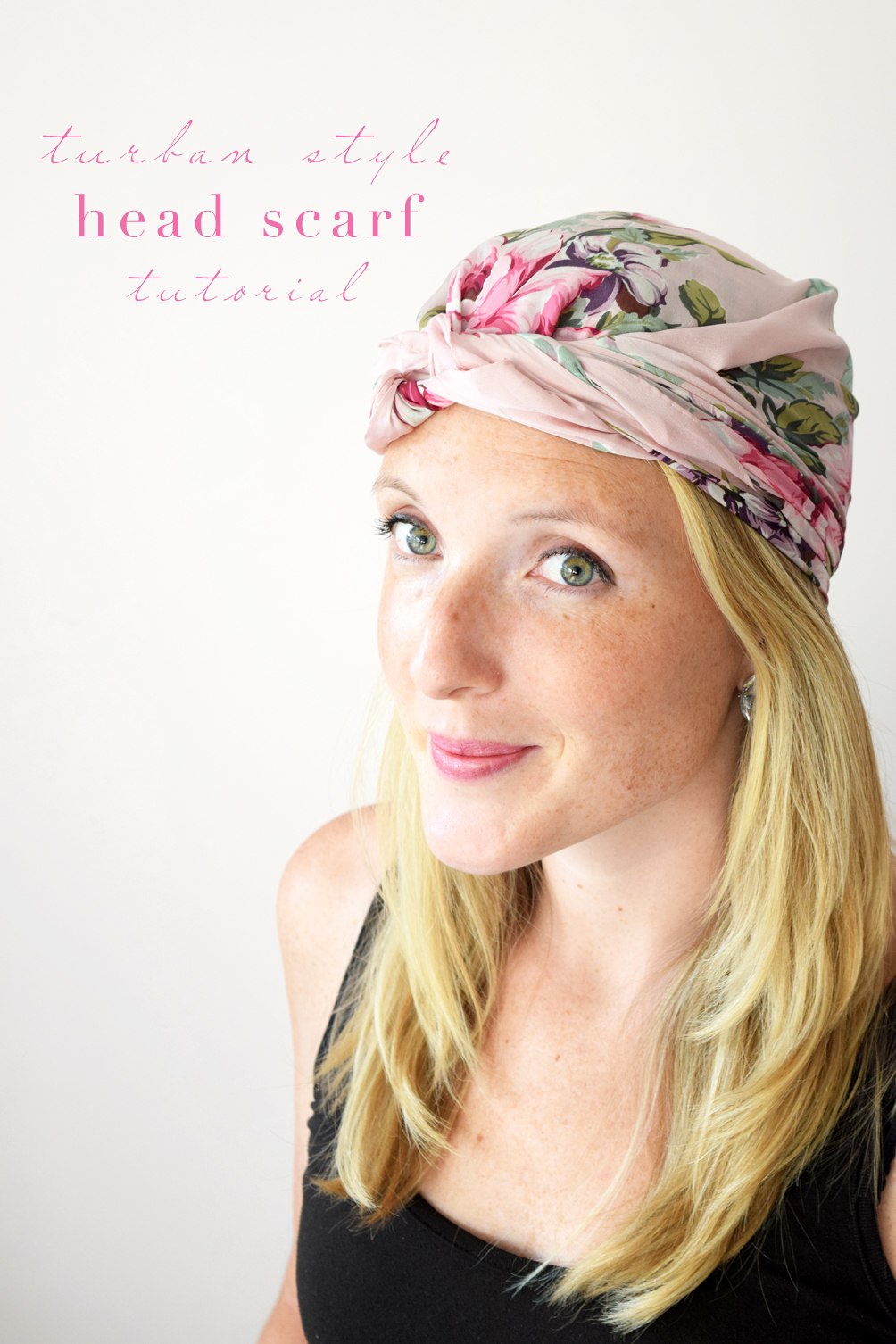 Last week I went to my second-ever polo match. And, seeing as my first one was about twelve years ago when I played Snake on my cell phone instead of watching the action, it was really the first one that counted. So once we got the tickets I was dead set on finding the perfect hat (think Royal family meets Downton Abbey). But as I soon found out, most stores are now stocking the fall inventory with felt fedoras. I can’t really blame them; I mean, I’m the one who should’ve owned an oversized straw hat complete with feathers by this point. Then came plan B. I’ve been loving the use of vintage scarves in modern fashion and decided to style a piece myself. It really was my first time doing this, but I got plenty of requests for a step-by-step so here it is! See below for my turban style head scarf tutorial. 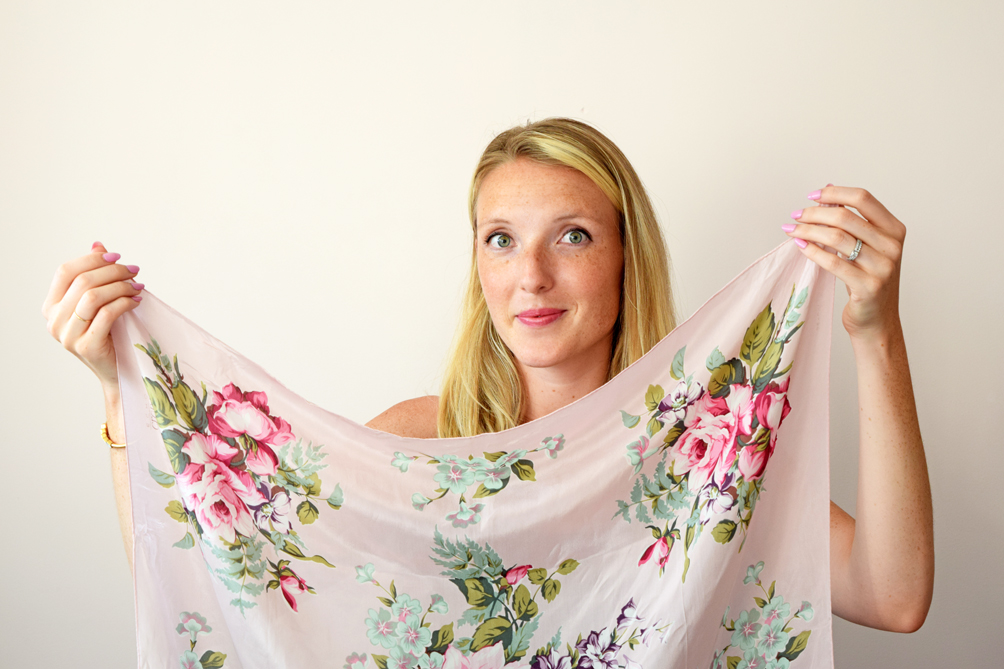 one: choose a medium or large scarf (really any piece of fabric) with a square shape 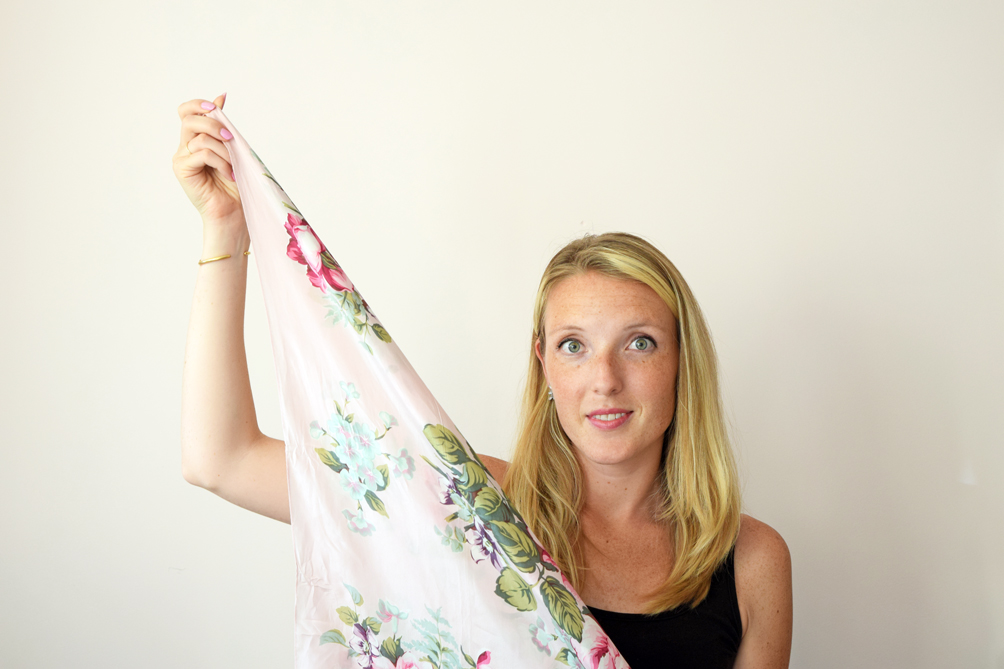 two: fold into a triangle 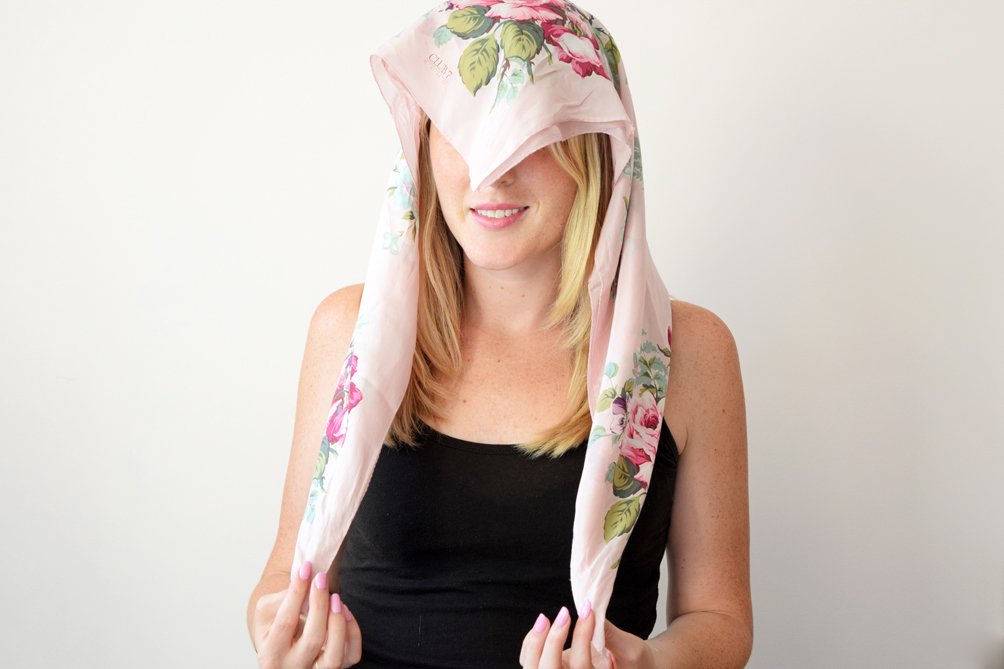 three: drape the scarf over your head so the long edge is toward the back and the center tip is on your forehead 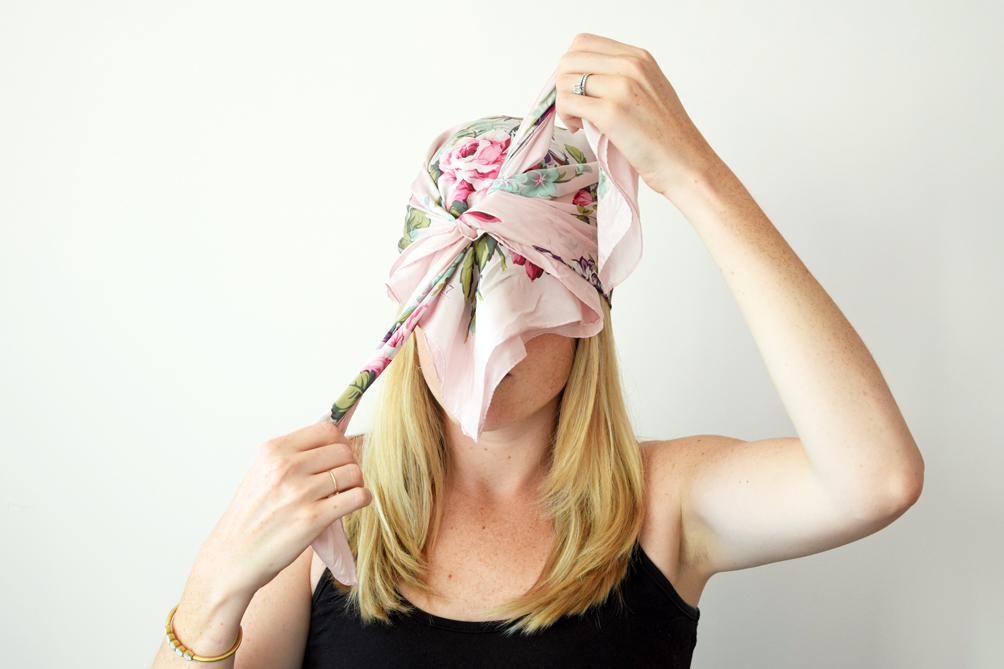 four: pull in the two ends of the scarf and tie over the center tip on your forehead 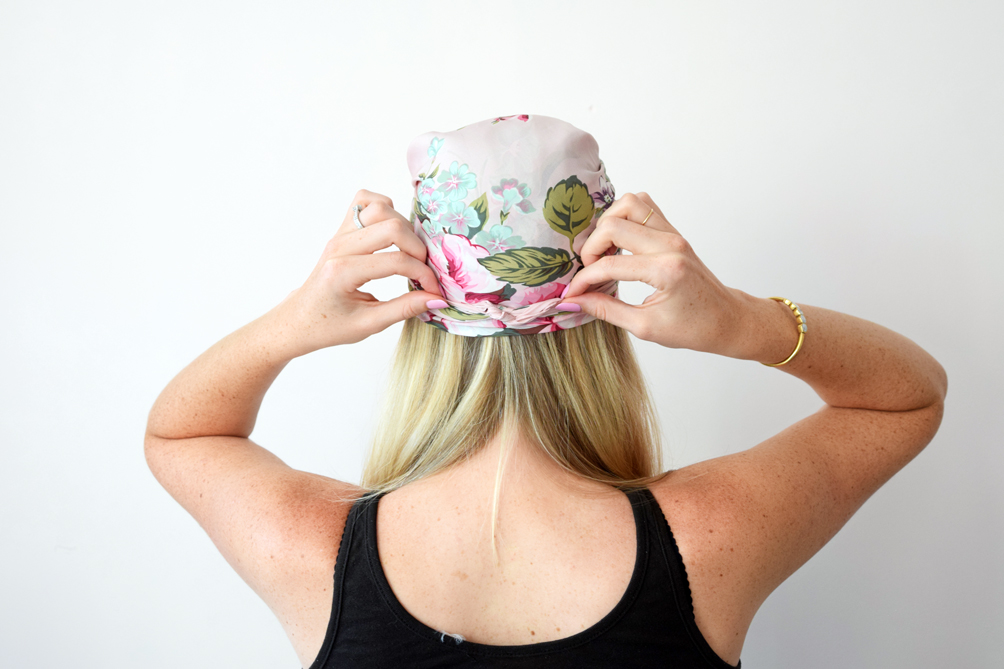 five: wrap the two ends of the scarf around the back of your head and tie in a knot (I then tucked the knot under the scarf so it was less visible) 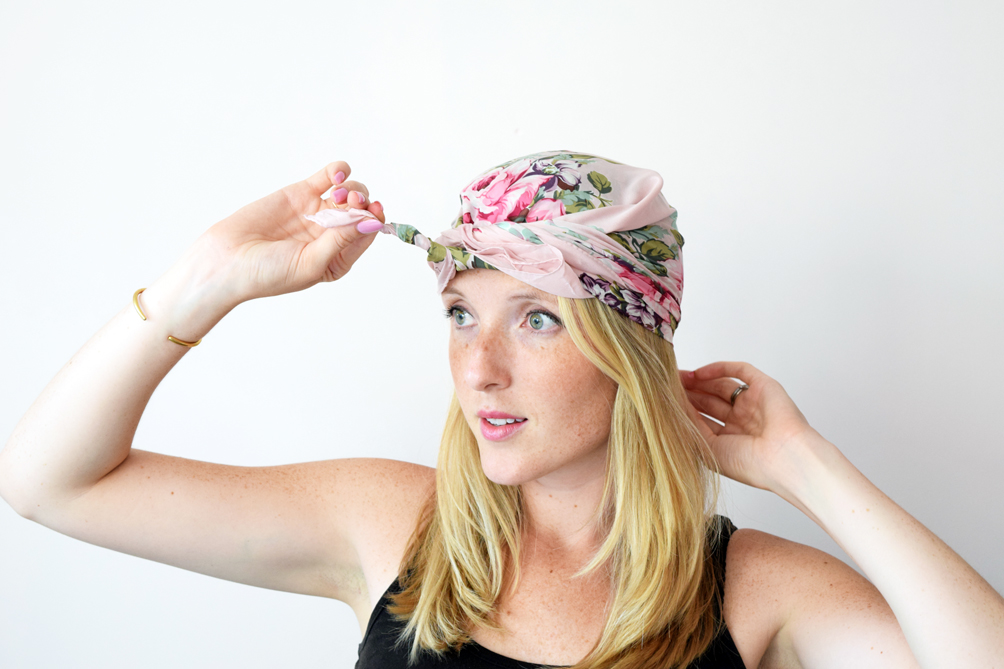 six: take the center tip of the scarf from your forehead and twist outward (a la unicorn-style) 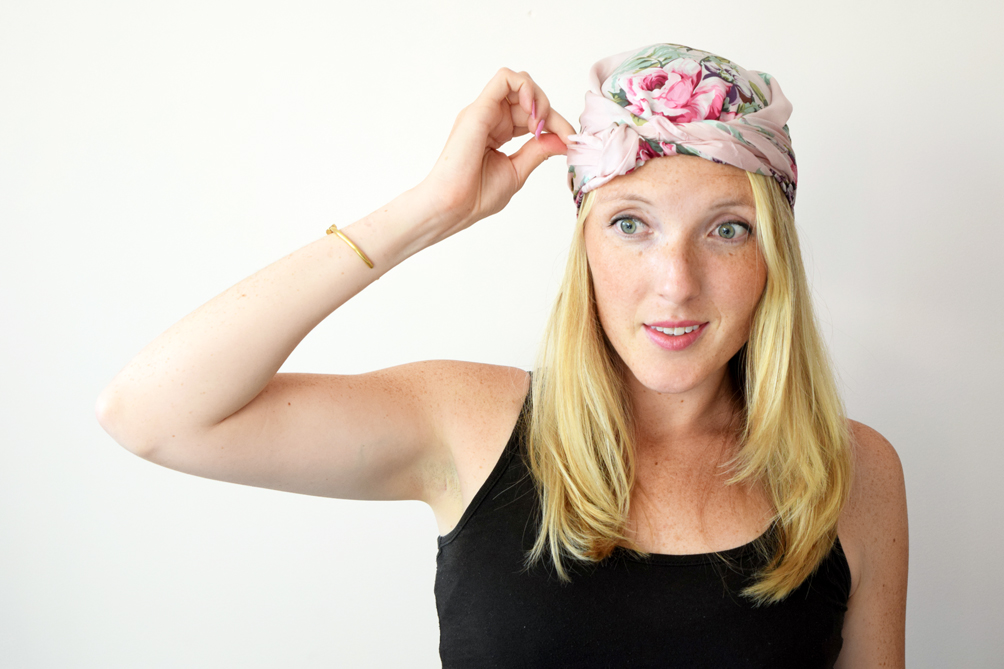 seven: gently pull the twisted fabric toward one side and tuck within the scarf folds to secure 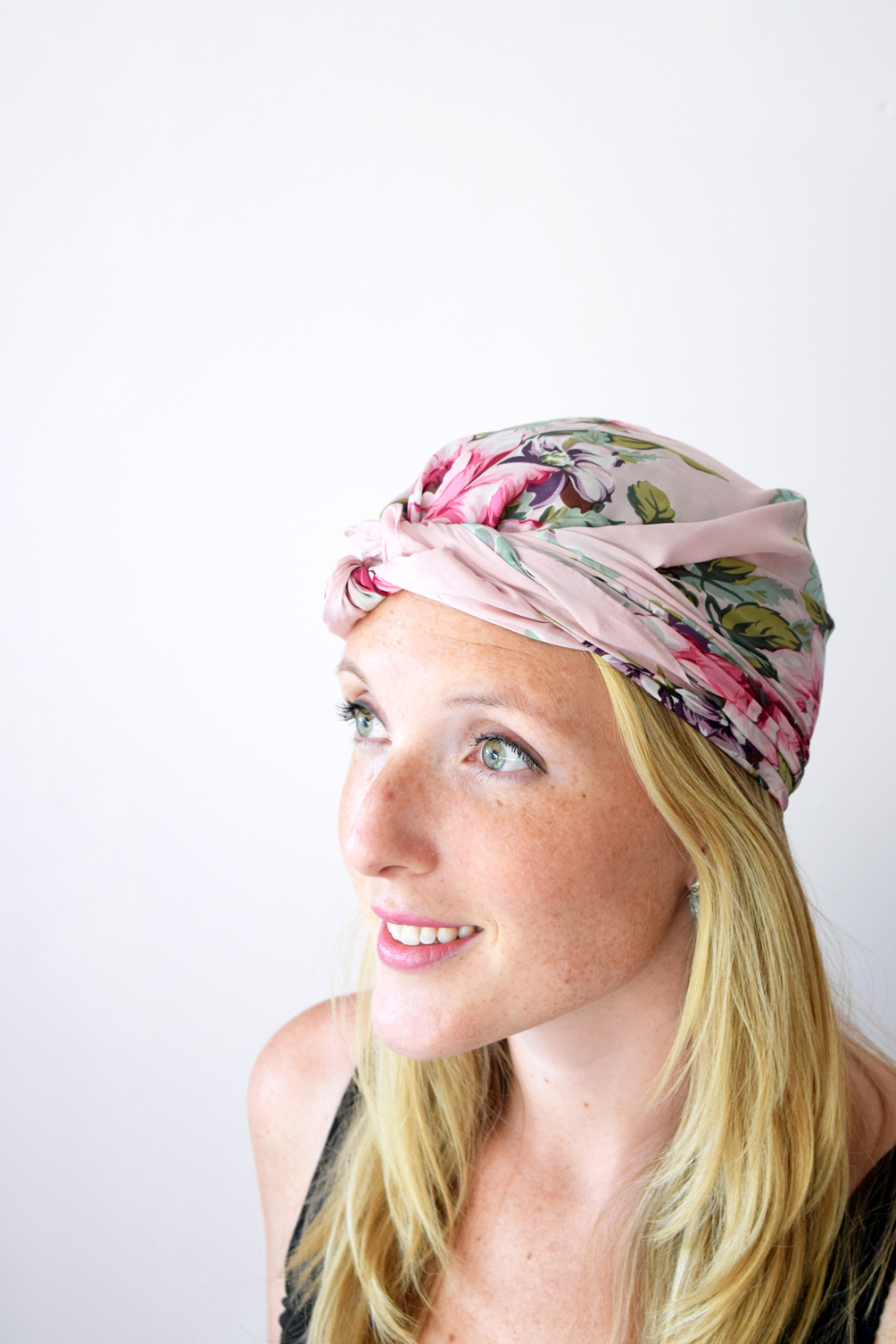 THAT’S ALL, FOLKS! here’s a quick recap in case you want to review:

by Leslie Musser at Mode 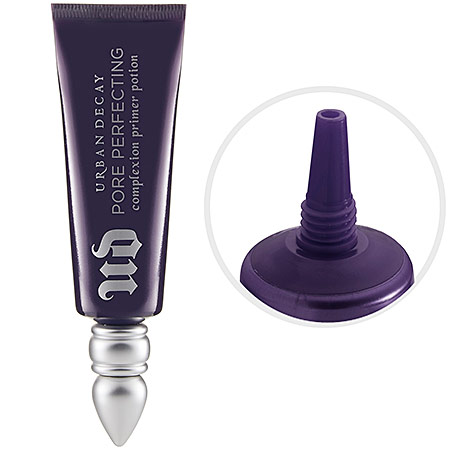 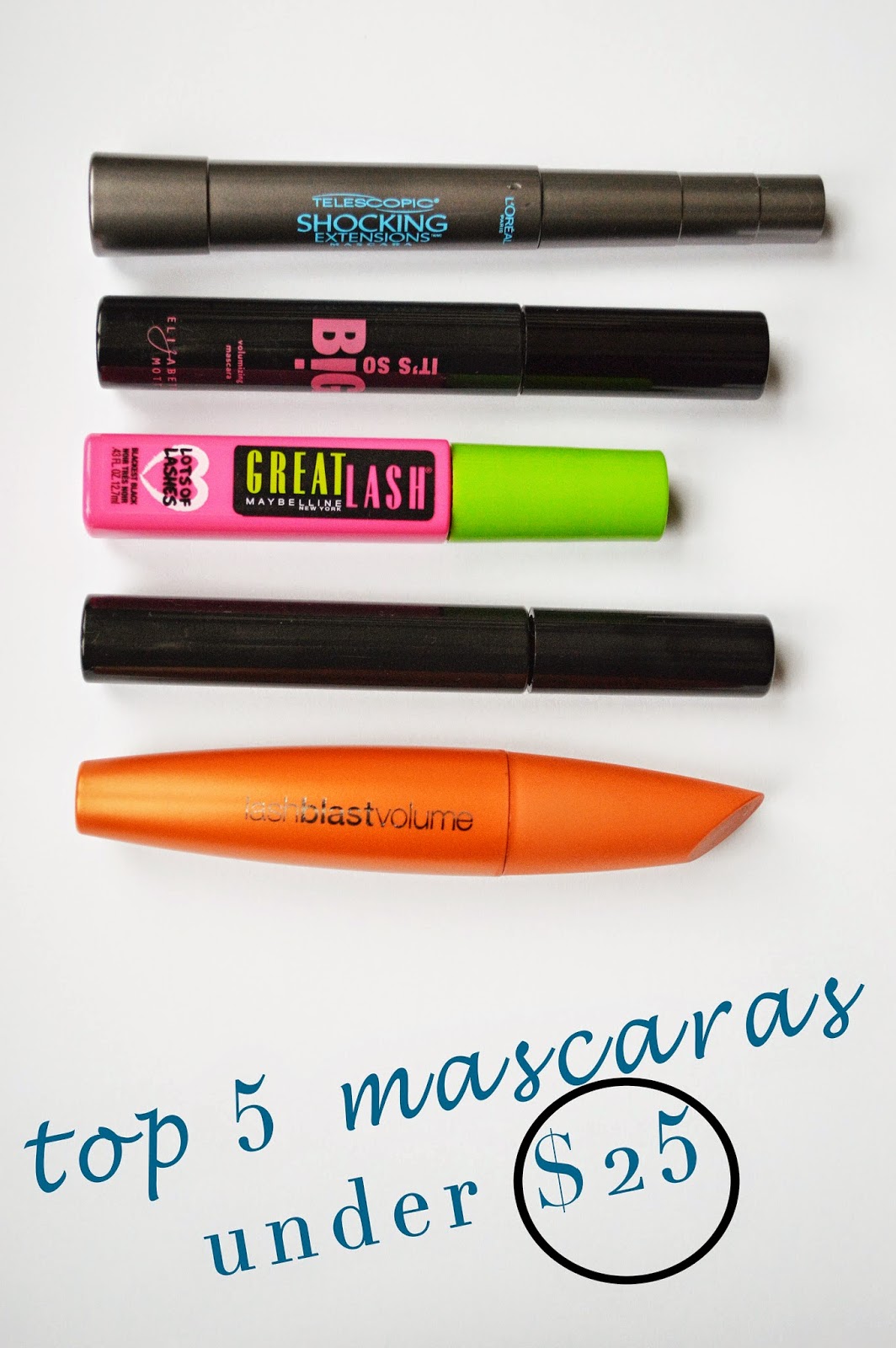 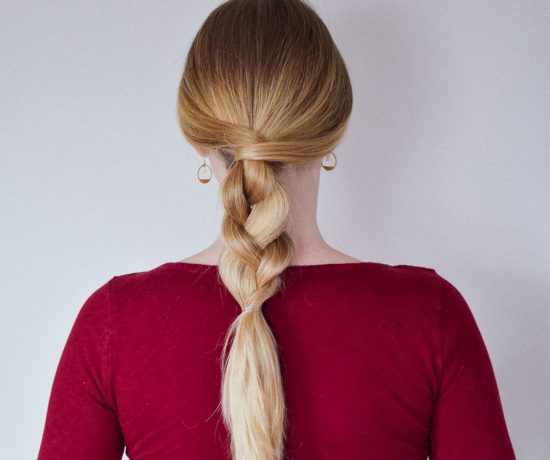